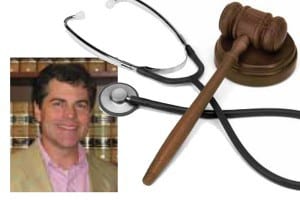 Jeff Powers writes in the VERDICT magazine about his exemplary premises liability case for U.S. Air Force serviceman Sean Shockley, who suffered a serious injury while staying at the Days Inn in Warner Robins.

On January 7, 2007, Sean Shockley’s life was forever changed. He lives by the United States Air Force Code, which is integrity, service before self and excellence in all we do. Tim Hall and I were given the opportunity to represent Mr. Shockley in this case.

Mr. Shockley joined the United States Air Force in 1987. He was born into living the Air Force life as his father was a serviceman in the USAF and moved Sean’s family around the country. The Air Force was in his blood. Mr. Shockley married Michelle the same year he joined the USAF and they had three children. On January 6, 2007, Sean drove from Virginia to Warner Robins, Georgia to attend a conference at Robins Air Force base. Upon arriving for the conference, he checked in to the Day’s Inn a few miles from the Base.

On Sunday morning, January 7, 2007, Mr. Shockley’s son, Chad, went to go eat breakfast at a local I-Hop with his father. They then parted ways so Mr. Shockley could work on his conference program. While working in his motel room, Mr. Shockley’s pen ran out of ink, so naturally he thought to go to the lobby to get another one. He walked out of the room, down the center staircase and when he was almost at the bottom, his feet shot out from under him without warning. He landed on concrete shattering his left elbow into tiny little pieces.