The Georgia Trial Lawyers Association is partnering with KidsAndCars.org to save children’s lives across the country. Together, GTLA, KidsAndCars.org and numerous other safety advocates and organizations are petitioning the White House to authorize the U.S. Department of Transportation (DOT) to invest in the research and development of potentially life-saving technology that would help prevent heat-induced deaths of children in vehicles by detecting a child left alone in the rear seat of a vehicle. The petition, hosted on the White House’s ‘We the People’ website, will need to obtain 100,000 signatures by August 12th in order to be considered by the Administration. The petition can be found at: http://wh.gov/lL8nX.

“Each summer, we experience the heartbreaking news of dozens of senseless and unnecessary deaths of children inside of hot cars,” remarked GTLA President Linley Jones. “In response to these tragedies, we are asking the Obama Administration, DOT and lawmakers to join us in working together with automakers to develop proactive solutions.” 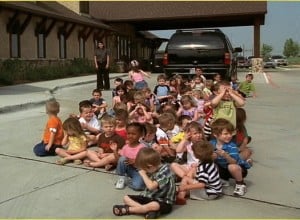 According to recent statistics from KidsAndCars.org, an average of 38 children die each year from heat stroke as a result of being inside of a vehicle – including at least 17 already in 2014. Research has shown that a parked car can reach 125 degrees in minutes, and children are particularly vulnerable to heat stroke, as their body temperatures rise three to five times faster than an adult’s.

“The technology to detect and protect children in hot cars is relatively simple.  What does not exist currently, though, is the necessary level of public demand that has been seen in the past to encourage automakers to add seatbelts and airbags to cars, as well as child safety locks, power window switches and rearview cameras to keep us all safer in and around vehicles. It is our sincere hope that, through this petition, the collective voices of the American people will once again inspire change for the better in our automobiles,” concluded Jones

“The auto industry already recognizes that we’re human and our memories often fail us. You get a warning if you don’t buckle your seatbelt, leave a car door open, your gas is low or when you leave your headlights on,” explains Janette Fennell, founder and president of KidsAndCars.org, the leading national nonprofit group dedicated solely to preventing injuries and deaths of children in and around motor vehicles. “If you forget your keys in the ignition, you get a warning. If a child is left behind, you absolutely need a warning. The federal government and automakers have the ability to solve this problem, and we need action now.”