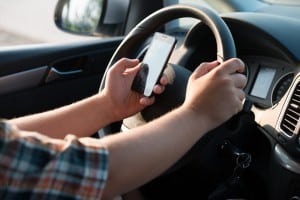 There has been a recent trend for people to stay connected through a growing number of great innovations that include everything from mobile phones to online social networks. Unfortunately, this has also led to several tragedies. Motorists distracted when texting and driving are becoming increasingly more responsible for highway accidents. With this in mind, several years ago the state of Georgia passed legislation banning the practice to help reduce roadway deaths and injury. 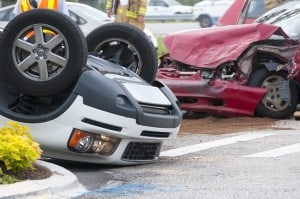 Latest statistics for Georgia indicate there were approximately 4000 motor vehicle crashes last year directly attributed to distracted drivers. Driving a vehicle and texting is an enormous distraction. The motorist must take their eyes off the road and at least one hand off the wheel. This significantly increases the odds of an accident occurring and puts fellow motorists and innocent bystanders at risk. If you are a victim of a distracted driver it’s imperative to seek out the services of an attorney that specializes in personal injury. A qualified law firm can handle everything from personal liability cases to workplace injuries in Macon GA.

Workers compensation in Macon GA legal representatives have extensive experience dealing with distracted driving accidents and negligent injury claims. When you have a competent and aggressive personal injury and workers compensation lawyer on your side, you can rest assured they will take any legal action necessary to obtain compensation that covers economic and other damages. Many studies have shown that texting while driving can cause as much impairment as a legally intoxicated motorist. 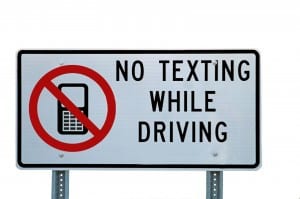 Texting drivers that cause accidents leading to injuries and other losses should be held legally responsible for pain and suffering. A personal injury and workers compensation lawyer stands up for those who become injured in Georgia because of reckless and negligent behavior. The legal definition of texting while driving is anyone that is sending, writing, reading or receiving text messages on a mobile device during the operation of a motor vehicle. It is unquestionably one of the most dangerous forms of distracted driving that people engage in.

Whether you are seriously hurt due to the actions of a distracted driver or suffer workplace injuries in Macon GA, your first step should be contacting a skilled personal injury lawyer. You might be entitled to receive compensation for lost income, medical expenses and property damage. There are specific laws that allow workplace and roadway injury victims to receive accident and workers compensation in Macon GA. Therefore, make certain your legal rights are well protected in these situations.

We have all heard the saying “Don’t drink and drive”. Yet, despite how often this phrase is repeated and how much evidence there is to prove drunk driving is not just serious but possibly deadly, thousands of drivers get behind the wheel each day after consuming alcohol. Drunk drivers are a very real threat on the road, contributing to one out of every three car crash related deaths. On average, once every 53 minutes, somebody in the United States is killed in an alcohol related crash. There were 299 drunk driving deaths in the state of Georgia in 2011 alone. These are staggering statistics for a culture who is educated about the dangers of drinking and driving beginning at a very young age. 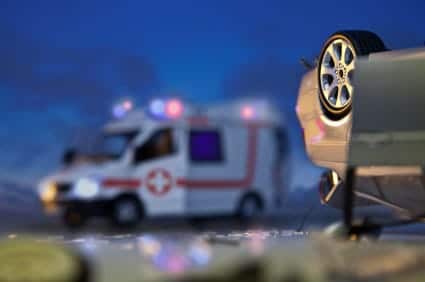 If you or somebody you love has been injured or killed as a result of an alcohol related crash, that person should be forced to take responsibility for the harm they caused. Contacting a drunk driver collision attorney can be the first step in making the at-fault driver accountable for the crash they caused. Financial restitution in the form of medical expenses, lost wages, and emotional distress are typically awarded to the victim of a drunk-driving related crash. Punitive damages may also be awarded, and a drunk driver collision attorney can help obtain punitive damages to the victims of these accidents.

What Are Punitive Damages? They are additional monetary compensation awarded as a means of making an example of an at-fault person. They are to punish the defendant and are additional funds above and beyond compensatory damages. Unfortunately, it is often difficult to prove punitive damages are due to the victim and are seldom awarded. However, in the event of drunk driving related crashes, punitive damages are necessary to punish and deter the defendant driver. 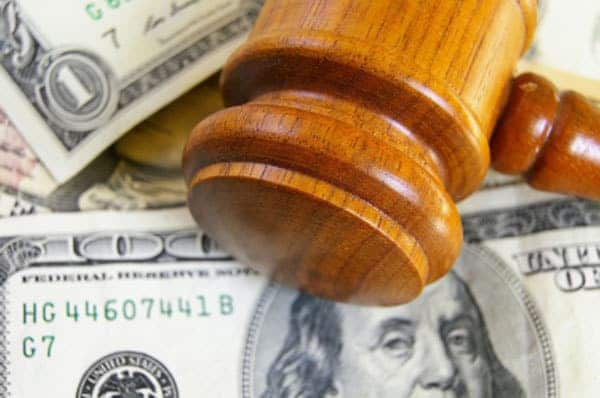 Drunk drivers are a threat to themselves and everybody on the road. Attorneys who specialize in drunk driving related crashes are dedicated to keeping people who drink and drive off the roads. Recovering punitive damages on behalf of victims of alcohol related crashes is one of the ways drunk driver collision attorneys punish drunk drivers. Not only does the awarding of punitive damages set an example for those who may consider drinking and driving, it gives the victims and the families of the victims a full measure of justice.