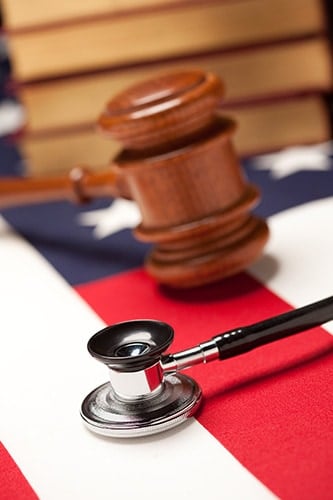 When you’re sick or injured badly enough, it’s natural to want to seek qualified medical care. Like most people, you probably assume the doctors and other medical professionals who care for you are competent and competent enough to diagnose the issue and help you get healthy again. Although the vast majority of medical professionals are talented and go to great lengths to provide meticulous care, they’re still only human. Mistakes happen. When they do, malpractice could be involved. If you live in Georgia and feel you may be the victim of malpractice, it’s crucial to seek legal help immediately.

How common is malpractice in Georgia?

You’re hardly alone if you are the victim of malpractice by a medical professional. Every year in the United States, between 15,000 and 19,000 suits are filed against physicians by people who were injured or killed due to alleged malpractice. Every year, as many as 98,000 people in the U.S. die in hospitals due to medical errors. Incredibly, 1.3 million people per year are inured due to medication errors alone. These sobering statistics highlight the very real fact that doctors are not perfect.
The state of Georgia sees its own fair share of malpractice suits every year. When a doctor is investigated for suspected malpractice, the state board pulls a licensure report for him or her as a part of its investigation. According to a 2006 report that was created from information collected by the National Practitioner Data Bank, 1,242 licensure reports were pulled in Georgia in 2006. 1,110 of them were pulled in conjunction with malpractice investigations. Nearly 90 percent of all licensure actions in the state of Georgia, then, are related to malpractice. There’s no doubt about it: Malpractice is a serious issue.

Every state in the country has its own statute of limitations regarding medical malpractice. At just two years, Georgia’s is very prohibitive. The two-year countdown begins on the date on which a person is injured or killed due to suspected malpractice. All too often, people are unsure about how to proceed and wait so long that there’s nothing more to be done. Ideally, malpractice suits should start being developed at least six months to a year before the two-year mark arrives. This allows attorneys plenty of time to build a strong case. Moreover, you must get a signed affidavit from the same medical specialty who believes that the conduct was below the standard of care. This affidavit must be filed simultaneously with the lawsuit or it will be dismissed by the Court.

Proving malpractice against a medical professional is very difficult. The process tends to take huge amounts of time and requires exorbitant amounts of money to prosecute. Indeed, it’s not unusual litigation costs related to such suits to meet or exceed the $100,000 mark. When combined with the fact that the evidence that is presented must be extremely clear, convincing and unambiguous, it’s little wonder that many people are reluctant to move forward in the first place. That’s too bad, though, because anyone who is injured or killed due to the negligence of a medical
professional deserves to have his or her rights protected to the fullest possible extent. Further, medical professionals routinely have the right to object to settlement of a case even if the insurance company decides to do so.

Some malpractice suits are settled out of court. The majority, however, end up being tried in court. Hospitals and other medical facilities tend to be quite confident about allowing such cases to go to trial because the evidence must be incredibly compelling. Still, that’s not to say that such cases aren’t won on a regular basis. The average Georgia malpractice verdict or settlement is approximately $306,000, which is the seventh highest average settlement in the country. Medical professionals need to be held accountable when they violate the standard of care and cause injuries and death, so be sure to seek legal help right away if you believe you are a victim of such negligence.

There is a case pending in the Georgia Supreme Court that will address the constitutionality of the cap on damages in medical malpractice cases. Please share this link with others. Please consider encouraging everyone to watch the video and to pass on positive comments to your legislators.