A Cartersville couple — on a furlough from mission work in Italy — were on their way home when a tractor-trailer crashed into them Thursday night.

Kyra Karr, 30, died at the scene of the wreck. Her two young children and husband were injured when the tractor-trailer pinned their pickup truck against a guard rail, trapping the family inside, according to police in Bartow County.

A woman was killed and three others injured when their pickup truck was hit by a tractor-trailer late Thursday.

Kyra Karr was a graduate of the University of Georgia and grew up attending Tabernacle Baptist Church in Cartersville, according to IMB, the International Mission Board. The family, appointed as Southern Baptist missionaries in 2009, were about to start their third term of service in Italy after a brief assignment in the United States, according to IMB.

Investigators believe the tractor-trailer driver, identified Friday as Ivan Delgado, was outside of his vehicle conducting a safety inspection when it started to roll, Emerson police told Channel 2 Action News.

Delgado reportedly parked his tractor-trailer at a chemical plant in the 300 block of Joe Frank Harris Parkway or Highway 41 in Emerson — a town near Cartersville. Employees told police the man was acting erratic before the incident happened. Police said Delgado was under the influence of a mind-altering substance at the time of the wreck.

Mom killed by runaway semi truck near Cartersville was a missionary

This tragic accident that took the life of a young mother, leaving her two children and husband injured also, was completely preventable. The gross negligence of the out-of-state driver in not deploying his parking brake while parked on a hill, caused the truck to careen down the roadway and into the path of this innocent family. The truck driver, according to witnesses was behaving very erratically before the accident occurred. It is likely that he was under the influence of drugs and/or alcohol. There need to be serious consequences, not only for the drivers whose recklessness causes accidents such as these, but also for the transport companies who avoid their responsibility for liability in these accidents by hiring drivers who are “independent contractors.” No amount of money will make up for the loss of this wife and mother to her family, however, the only way big trucking companies are going to improve their hiring and safety practices is by punishing them monetarily. Sadly, money is the primary motivator for these big transport companies. We, at Powers Law Group, have helped many victims of tractor-trailer accidents. These cases are highly complex and require an attorney who is familiar with all angles of the law regarding tractor-trailer accident litigation. If you have been injured in a tractor-trailer accident, call Powers Law Group for a free consultation today. 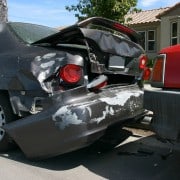 Do You Need a Car Accident Lawyer? 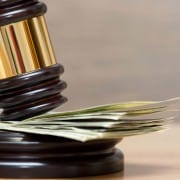 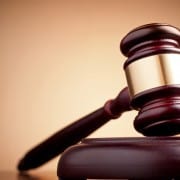 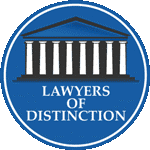